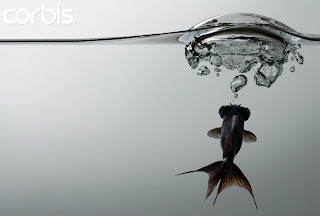 To those who still haven’t known the latest news about me then please read the email below. I am to lazy to elaborate LOL
Dear Kekure,
We refer to your resignation letter dated 14 March 2007 and wish to inform that your resignation has been accepted.
As per your contract of employment, you are required to serve the company 1 month's notice. Hence, your last day is on 13 April 2007. As per our records, you have a balance of 4.0 days annual leave (refer to computation below). The leave will be encashed and paid to you along with your last month salary on your last working day.
The computation is as follows:-
Balance B/F from 2006 : 0.0 days
2007 Entitlement up to 13 Apr : 3.0 days
Credit Leave ( 20 Jan & 31 Mac) : 2.0 days
TOTAL : 5.0 days
Less: Taken : 1.0 days (26 Feb)
Balance : 4.0 days

Please meet us at 5.00 pm on 13 April 2007 for the exit clearance procedures.You will be required to return all the company's properties to HR before your departure and a copy of the exit clearance checklist is attached herewith for your reference.
On behalf of the management, I wish you all the best in your future endeavours! **yeah right!**
I suppose most of my colleagues would want to hang me up lately. Last week I came over to work at 10am and left at 6pm. But today I arrived at the office at 11am and guess what? They have cleared my place and someone had taken the seat. So I don’t have any place to sit and I suppose that’s a sign that they have accepted the fact that I won’t be around soon.

Lots of people had been asking me why I resigned out of a sudden. The other day I had proved my point on why I shouldn’t spend another months in the team though my contract is only going to expire in July. One of the client’s staff , Madam R, had told me that she couldn’t make a tail or head on why I made my decision to leave the company as I’ve been doing a fairly good job. I said to her sit and watch and you will understand why. At the very same time as I had the conversation with her, the bajingan was actually having a discussion that had turned out to be a heated argument as he didn’t really understand the work flow though he had been in the team for more than 3 months now. The client, Mr K, started to raise his voice and followed by me. Of course bajingan was mad and guess what he waited until we got back to the office to get back to me. Hahahahaha. But the thing is I had proved to Madam R that I would ended up having a heart attack if I stay with the team. The good thing is the point was seconded by Mr K who is going to ask for a replacement as he too feels that bajingan doesn’t really know what he’s doing.

Been trying hard to at least finish 2 books in a month. That means less time to spend outside the house, I reckon.
Life in Brief

Have been spending lots of time with one particular person. The more time that we spend together the more things I learnt about the person, the more knowledge gained about the person’s interest but I wonder if the affections deepen.

3 goldfish had died in 1 week. The first one, Norlia had died last week due the filter failure. As I was totally devastated with it's sudden departure, I had flushed Norlia down the toilet. Ampunkan aku Norlia! The other two, Joyah and Senah had died yesterday and I found them floating while Ghani was already nyawa-nyawa ikan. I screamed my lungs out and almost gave Ghani the CPR but I might accidentally swallowing him instead. So i found another solution by fixing out the filter, changed the water etc and voila! Ghani is saved.
Joyah and Senah had been given a proper burial under a very green aqua plants yesterday evening. Credits to Kak Senah for reluctantly giving the tiny spot for them both. Hope their spirits will swim happily inside the big vase.