Early to bed and early to rise (makes a man healthy, wealthy and wise). 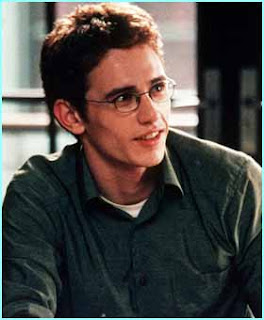 Oh gosh!I couldn’t believe that it had been a month since I last posted anything here. I have so much to write about but too lazy to write. I had been reading lots of books since I my telly broke down. I had to avoid lots of conversation that would have to do with my fave telly shows with quite a few couch potatoes i.e Fae as she would smses about what’s on our fave channels in ASTRO. I miss Little Britain terribly that I had to warn Fae not to discuss anything that had to do with it. LOL


As I am typing this away, I have man who is sitting right in front of me that thought I am actually updating the database for this new project that I assist to develop for my former company. He’s actually my replacement as my contract is going to be terminated soon as HR had instructed my superior to do so. I am not sure whether you would find it rib-trickling funny as much as I do but here was how it went: It was a very peaceful Thursday morning and I came to the office quite early as I had to finish up the weekly report which had to be sent out to Shanghai. As I was practically running out of time, my boss which would be best named as Mr Short Man Syndrome ( I have a very interesting theory about short man but I suppose I’d save it for another posting. No offence to all the shorties out there) suddenly summoned me to his office. When I was walking in my heart was pounding hard and I knew that something bad was on its way. Well I should say that my psychic ability had been developed over the years since I started to drive in KL. I would have to read other drivers thought i.e. when they want to change lane and which lane that they want to go to as they hardly use this thing called signal to indicate their action. Back to my story about Mr SMS. He pointed out to me that he’d like to give me his final warning against me as he found that I was not capable of handling the assignments that had been assigned to me. Then he started to ramble about my behaviour, which he found to be rather disturbing. He said that he couldn’t understand why I am not always at my desk and the importance of me expanding my social circle in the office. I was dumbfounded and something in my head told me that there’s no use of me to fight as I have the cards stacked against me. As the typical Malaysian always react when we are scolded or accused on something that we don’t really do, I kept a straight face while my brain was hardly registered anything that he said for the next 10 minutes. What I could vividly recalled was that I assured him that none of the things that he said before though I was not even sure what he said would never ever happened again. I went back to my place and I realized that he was just using me as his punch bag. I decided then and there that I wouldn’t let myself suffered to work with a sick man like him. You see, he even followed me to the Xerox machine to see how efficient did I use it. He called me up when I was having my lunch and demanded me to come back to the office ASAP and when I got there he was having another meeting and could only see me after 3 hours. I don’t want to write so much about him but I believe that it’d be enough to say that 2 of my colleagues had already tendered their resignation letter and now waiting for their last day with such a glee.

As I told Mr SMS about my intention t o resign, out of the blue he received an email from HR that instructed him to terminate my contract. You see, I had been accused as working illegally in the company as I joined in as a contract staff before the cooling period of 6 months. As of today, Mr SMS had found my replacement that is now sharing my desk in this small room, which have a very beautiful view of KLCC. I’m going to miss the view dreadfully but not the department indefinitely.

I am in the midst of finishing a new book, which entitled Special Topics in Calamity Physics by Marisha Pessl. If you love Mark Haddon’s The Curious Incident of The Dog in The Night-time like me then I believe that you would find it hard to put this book down. The writer really has the wit and the brain that would mesmerize you till the very last page. As my sister is in town, it’s suffice to say that any reading activities as well as social gathering (if any but I can assure you that there are none hehehe ) had to be put on hold.

A short notes on movies that I have seen for the past few weeks :

Sumolah – A typical Afdlin Shauki’s movie but with a weak hint of wasabi. Not to be watched if you couldn’t stand the sights of big butts or men who have nicknames like California roll or any other sushi’s names.

Notes on a scandal – I almost went down on my knees and thanked God for I was not a teacher. Like my friends said to me before, I do have a weak heart for a handsome young man. Hahahahhahahaha. It’s kind of scary to learn what people would do to have a company. Now I know why old ladies always have lots of cats!

Spiderman 3 – Goodbye Harry Osborne..I’m going to miss u. A LOT!

Pirates of The Caribbean 3 – Speechless though I kind of prefer the 2nd movie.

Spirit of The Victim - Bluweeeeeeek!