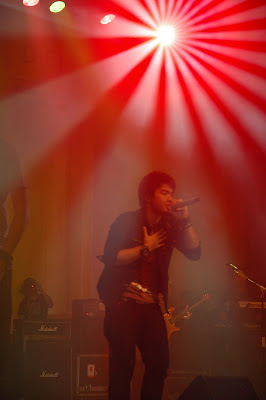 Would you like to see the face of death? 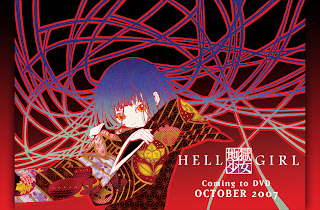 Oh Boy, about a month with no updates.

Well, pretty much nothing to write about. I’m leading a very simple and mundane life, with a very healthy dose of outing with friends throughout the week. A friend said to me the other day : I wonder how you could still be composed after not having a job all this while. Well I suppose I have passed the stress phase which the shelf life would only last about 12 days if I’m not mistaken. I suppose I have gone through too many phases and what’s left of me would be a small sense of hope that I hold on tightly and guarded with my life.

A few incidents happened that I believe would be worth sharing

It was raining heavily that day. It was so heavy that you couldn’t really make out things in front of you. I was crossing the road to meet up with my little miss sunshine who was in the clinic not that far from where I parked the car. I looked to my right and my brain had sent out the signal that it was safe to cross the road. Alas, after a few steps I heard a screeching sound followed by a thud.

Yes, I had been hit by a van and at that time I remembered what Emma Ai (Hell Girl) said again and again: would you like to see the face of death?. Only after a while I realized that the children inside the van was screaming after seeing me froze right in front of the van while holding my umbrella. It was not a happy sight I reckon. I supposed the driver didn’t see me crossing the road at that time. I would like to apologize to the kids in the van for such a traumatic experience on that day. But please don’t contact Emma Ai to seek your revenge towards me! I left the scene soaking wet with some bruises and never felt so alive. Perhaps, it was a sign from God : Life is not a dog’s life. Put a brave face and embrace it!

Not only I had been hit by a van but I had also been conned during my job interview. I felt humiliated at first but come to think of it, it realized that it was part of a funny business. It all started when I attended an interview as an event executive and managed to land myself the so called second interview (notice the word so called).

So the day came for the so called second interview and I had a hunch that something would terribly be wronged.When I was there for the first interview the place was so empty that they only had a few chairs and a receptionist cubicle. I asked the receptionist about this and she coolly said that they was supposed to satrt renovating soon enough. I was introduced to my so called trainer by my interviewer in the 1st round of interview when I got there. I was then informed to go to Kepong with the trainer to start my 2nd round of interview which would be the whole day. I was supposed to show my willingness and drive to work with the company. The trainer was a chatty gal and I was not that eager to share so much info about myself. Besides she had a very funny accent that I couldn’t really grasp (my brain is not as active as it used too. So if I took more than 30 seconds to reply your answer don’t blame me. Blame my brain neurons instead!)

When we got to Kepong we had our breakfast in a Chinese restaurant that really was packed. It sort of like brought back some memories that I had when I was little. I was brought up in a housing area which had many Chinese as it was actually a Chinese village that had been developed as a housing estate. My dad used to take me to the Chinese restaurants around the housing area when he wanted to hang out with his Chinese friends from the neighbourhood. My favourite drink back then before I was introduced to star bucks and coffee bean, would be kopi o beng. I would waited patiently for my dad and his friends to finish up their drinks so that I could get back to the house to see my friends and tell them about the pork’s and the ducks hanging in front the shop that I saw at the Chinese restaurants. Hahaahahahhahaha. ( No offence to any pork’s and ducks lovers out there.)

And my hunch was right. There is something fishy about the whole thing called 2nd interview. I was supposedly did the market survey hence selling the perfume to the customers. Well, the job is exactly like the salesperson selling perfume and what not to you while you’re having your meal at the mamak stall or wherever applicable. I was dumbfounded and thanks to my brain I managed to come out with an idea. I told the trainer that I had to leave early since I had to attend another interview in KLCC. Before I left the trainer said that she was quite pissed off since I didn’t have any questions to ask about the job. I tried hard to mum the words that one doesn’t need to be a rocket scientist to know that one had been conned with the glossy ads about the job. But hey it’s not so me to be rude towards others. So I said to her nicely and patiently that since I had a background in retail so I could easily grasp the idea of how to do the job. With that answer I was off the hook and I drove back home to my little miss sunshine and we had a good laugh.

After seeing how stressful and at times embarrassing the work could be, I would have to take my hat off to the trainer and the other guy who had been doing this job for 3 months. May they all become a successful entrepreneur soon!

I’ve been spending my time this wek reading 2 Malay novels.

Aliya Elyana
I finished the book in 1 seating. It was a good writing with some sense of humor and great graphics as well. The book is mainly about a twin who have special gift (ESP not to be confused with ESPN you dork). They both have a clash personality but in the end they overcome their differences to save each other’s butts. A good read I must say but I don’t really like the ending (somebody’s going to kill me for saying that).

Konspirasi
It’s actually an e book but had been printed by Karyanet as a limited edition. As the writer said when he read the prolog in the 3rd Maskara last week, the prolog was actually introducing one of the characters in the book. Very well said I suppose. I’m no big fan of conspiracy theory or any other theories about how the alien would be saving us on the dooms day like in scientology (except for when David Duchovny was in X-Files because he managed to convince me about the UFO and everything just by looking into my eyes literally). It was fast paced and not tends to be draggy so I suppose that was why I managed to finish it up in no time (or mainly because I don’t have any other things to do besides of reading hehehe).

To those who had helped me out by sending in smses and emails about the vacancies posted by their friends’ or in their office etc, thank you so much. I don’t think that I’d be able to repay you guys but I believe that God will definitely repay you in so many ways.