For the singles out there

here's the lyric so that you can sing along

Hope everyone had a merry raya. I know mine was merry since I spent most of time playing Worms 4 on my nephews PS2.Since I haven’t update the blog for quite some time of course I have too many things to write about so I’ll start with the story at work.

I was given an earlier leave from my boss since she was going to take her leave starting from Tuesday. It was such a relief at first when I came to learn that I’d be free from stress and what not for 4 days when my boss suddenly dropped the bomb. I was about to relieve the VP’s secretary for 2 days. When you become the VP’s secretary, one day is enough to make you go home, break down and cry for the next 48 hours.

You see, I was hired to do a very a different job scope which I was more than happy to accept and was willing to put the money matters aside since I thought I could learn lots of other things in document control in public listed company environment. Alas, I have learnt nothing more than basics and I have to become “minah dispatch” where I have to run around sending documents to directors (the building is up to 42nd floor and the directors are scattered all over the building), an administrator and a secretary as well, which I really loathe. Me? Secretary? The boss really must be on drugs.

I was early on the 1st day I relieved the secretary for the VP. Since our VP is really a perfectionist which means that I have to boil her water and ensure that it is lukewarm by the time she gets in the office, the newspapers must be laid neatly on her desk in consequence (the star on top followed by daily finance at the bottom), her cups must be dry and clean and pc is on. I was so nervous that I couldn’t stop moving around. There were only 8 people in the office and none of the secretaries worked on that day so I had no one to run to.

As she walked in she looked as if she had woken up on the wrong side of the bed. Not 5 minutes in the office, she already shouted on things that I need to do for her that morning which includes buying her brunch. She wrote down the instructions on how to prepare her sandwich which I had to bring to the café downstairs. And yes you guessed it; I had to clean up her mess as well. I had been told by a senior secretary that before there was a girl who reported to work and left the very next day because she couldn’t stand the VP’s behavior. So far, she had about 6 secretaries and only 1 that could stand her and has been her secretary for 6 months now. Wonder what is the secret to be her secretary? Just act like a dog. When she throws thing at you just fetch and after a while when she calls you run back as fast as you could back to her. And yes I was totally exhausted from playing fetch with her for 2 days

I tried to put on some positive attitude before I get to work on the second day since one senior secretary who is on the next cubicle would be in. When I got there she had already helped me to boil the water and everything else so I only had to wait for the VP to come in.

She looked calmer and fresher that morning as she came straight from the gym. I was thinking that she must be on a good mood and it’d be a hell lot easier to work with her that day. I hate it when my thought was proven wrong. I went white when I heard her shouting my name though I was seated right at her door. It turned out that the cleaner had turned on her cup heating pad though there was no water in it and her favourite mug had cracked. I didn’t dare going near her though she asked me to do so that I could see the cracks on her mug for fear that she might throw the mug to my head. I would never want to take such a risk with someone who has a reputation with her staff. And for the rest of the day she had asked me to wash her cups, threw away her food and ran around to send her documents. Nazrul, if you area reading this well I must admit that this one woman really need to get laid so that she wouldn’t be that intense.

Because of the seating arrangement, I have always been mistaken as receptionist and people keep coming to my desk to ask where is this person seating (which I would give a very vague direction like he’s at the back there or just go straight and turn left since I don’t know more than 5 persons other than those in my department) or can you open the door for me please. This is rather annoying especially when my boss wants me to do things urgently and I would have to run to open the door with my access card. Oh by the way I have to use my access card to go into the toilet. Cool huh?

Nothing new on hari raya at home this year. Kojeh and I decided to go to the surau in our housing area for raya prayer. Well, it was a big mistake. We had never bothered to go to the surau before as we usually prefer to go somewhere else. According to info given by mum, the raya prayer would be held at 8.30am and the kids were so excited to go that they had been ready since 7am.

We were quite early and got to be on the first ‘saf’. Kojeh was relieved since she thought that the surau would be full as we arrived there at 8.30am. Now, this is the bit where we concluded that it was a big mistake to go there. We had been told again and again that we should not brought kak chik which is only 8 years old to the raya prayer since the eldest (makcik-makcik pah bedah kesemuanya) feared that she might interrupted us all. Kojeh whose patience is as thin as mine quickly ushered kak chik to sit at the very end of the saf which was next to the door. I jokingly told Kojeh that if there was another elder persn coming over to talk to us about kak chik, we could just dash off since the door was near.

Then the fashion show began which was quite a delight. It started with Makcik A (name is undisclosed to protect privacy, in case their children happen to read this blog) who went around to seek forgiveness from her friends who happened to be seating next to us. She started of by telling them how she almost have to wear her old clothes since the tailor had yet to finish sewing up her new clothes a day before raya. She the proceeded by telling them that she had to sew it up herself and showed them how good it turned up to be. Then came the best part. Jeng!Jeng!Jeng!.

It would be the first and the last time that we’d go to the surau. Next raya we'll definitely go to the mosque near Kojeh’s house. Free from annoying eldest, drama queen and what not!


Music
To the music lovers out there, do check out Anuar Zain's latest album. It's worth the wait! Here's my fave song from the album. 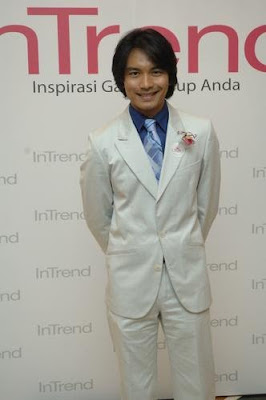 My grandfather passed away last Wednesday. I was waiting for the break fast time when I got a phone call at exactly 7pm. Tukwan was quite ill a few days before but mum had deterred me from coming home. She said there’s nothing for you to worry about. I knew deep down that she was comforting no one but herself. Alas, just like abah, tukwan met his maker in his sleep while mum and cu was busy preparing the meal. When I got home, Mum was composed as always whilst Kojeh and Gebob as always cried until their eyes swollen and became big like goldfish.


I had a very close relationship with my Tukwan. When I was small I used to spend my weekends at his place. We would cycled 15kms every week to his favourite day market to see his friends and bought some groceries. Came the day I went to boarding school, he passed me some envelopes with stamps so that I could write to him every week. Well it was way before we had the internet and the mobile phone so among the mean of communications would be writing in He actually wrote more letters to me than my parents. He never failed to send me his letters though there’d be some weeks when I was too busy and couldn’t find the time to write. I still have his letters in my secret chest at home together with some hair pins that he bought when I was small.

During the funeral it was the sunniest day that I could remember with some breeze to soothe us that gathered at the cemetery. The sky was blue with birds chirping at the nearby tree that shading me from the hot sun. As my uncle read out the talqin my mind was processing the images that I could remember of him. When the funeral ended I saw some of Tukwan’s friends that I knew of from my childhood at the cemetery and it was sad to hear them saying to my mum that it was a great loss not only for the family but his friends as well.

To be honest, I was relieved. And I supposed that was why a few close friends were worried that I was so composed when I called them up to tell them the news. No soul could stand seeing him lying on the bed while staring blankly at the ceiling. Tukwan was paralyzed from waist down and had Alzheimer and I believe that god loves him more and that is why he is now in a better place.
Al-fatihah