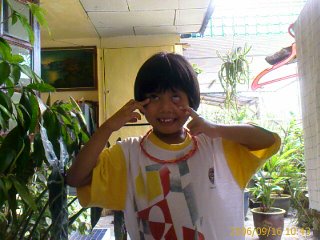 I was supposed to reach this certain target for my new department. Unfortunately, the so called experienced sub-cons had blown up my chance to prove my capability to my new boss. So what did I do to make me feel good? I blog :P

Since Faye had brought up the jeepers creepers name, then I suppose I should write an ode to her.

I know if I start to complain more about the girls in my company, someone would say that I’m weird. hahahahahahah

The fasting is doing just fine. But since the first day, I only have 4 hours sleep and eat only once a day. Perhaps my body is still adjusting or most probably I become too tense and lost my appetite. Hopefully things will get better when I go back to see my family this weekend.

Since I drive to work for the past 2 months, I feel like my life is at stake every time I’m on the road. I saw an ads at the back of the metrobus : Guarantee to pass the driving exams! If based on the way the driver drove the bus, I think the company should be held responsible for ensuring that those bad drivers pass the exams and became the road bullies.
I bought a manga : museum of terror. I finished it up in one seating. My reading activity had actually stopped since I didn’t use the public transportation any longer. Sort of miss the rituals though

Everyone Deserves to Be Happy 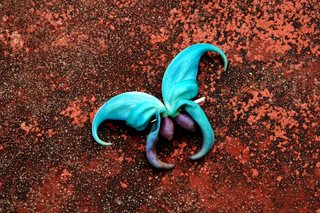 
You Could Be Happy - Snow Patrol

You could be happy, I hope you are
You made me happier than I'd been by far

Do the things that you always wanted to
Without me there to hold you back, don't think, just do

More than anything I want to see you, girl
Take a glorious bite out of the whole world 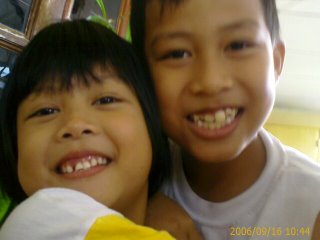 The faces that always make me want to go home.

The fasting month started quite well for me. As my creepy housemate went back to her hometown, I had the house for myself. Man, it was not easy to go through the first day of Ramadhan. As early as 2pm I could smelt the cooking from the neighbours. Sheesh! It reminded me of my parents when it came to the first day of Ramadhan, they both would always plan ahead on the menu days before the Ramadhan started. It was always fun in the house, especially when Abah volunteered to cook. He’d always argued with Mak about the ingredients and all while the three of us just sit back and relax, waiting for the neighbours to come over to exchange some of the cuisine. 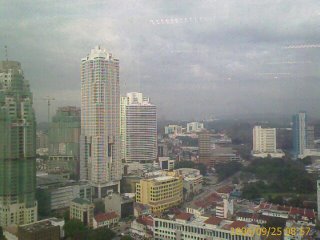 These 2 pictures are the view from my new cubicle. The annoying guy in my previous posting had moved over to the new office. So, I took over his place. I thought I could get some peace here but obviously not.Too many people crammed into my cubicle this morning and this one particular guy would kept insisting on using my deskphone while he could use his mobile had really got my nerves.Man,it's only the second day of Ramadhan but I got a hunch that it's not going to be easy hahahahaha... 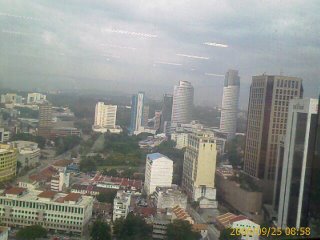 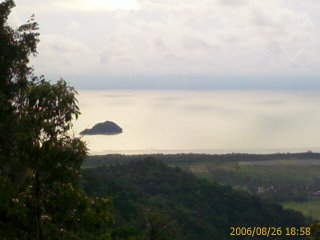 This picture was taken about a month ago in Bukit Genting,Penang. I had a lovely dinner with my fave someone. The food was great and the scenery was really breath taking.

It’s been a while since I last updated my blog. I suppose that I’m on the verge of burning out. I have worked in the project for 3 months and I’ve been in the company for 1 year now. Shessh! How time flies.
Good News
Got a new position which is permanent. Man, I have changed my job 3 times in 9 months! Should have started this week but since the current boss is reluctant to let me go to the new department in such a short notice, I could only move in the first week of October.Sheesh!

I got a lot of new people who joined in my current department but none of them would be interesting enough to hang out with, not that I’m that interesting though haha. One of them said to me today, I suppose you should start smoking. It’d not only keep your body in shape but the most important thing is you could release your tension. Yeah right! Well, I reckon that I wouldn’t need to waste my money on cigarettes since I am an official second hand smoker. Perhaps, I should form a club for the active second hand smokers so that we could share some tips on how to lose the smell of smokes from your shirts etc.

I kind of oppose the idea of putting me in the adjacent cubicle with my boss’s secretary. It is tad boring not only because the boss would always come to see her but also because in the next cubicle is the planner who has a very negative aura. He would always complain on anything and everything and the good news is he’s a perfectionist. The other day I had to prepare the slides for my boss and as usual I put on some ‘cosmetics’ on my graphs and the figures so that it’d look smashing. What happened was that he called me up at 9pm while I was doing my grocery and said that all the figures were wrong and he wanted to change them. For god sake, I already mentioned in my email that the slides had too much make-up on, which was exactly like tepung gomak or at least a bit like Chinese opera in some ways. I was not certain which part of the sentence that he couldn’t understand. He insisted on changing them though the meeting was scheduled on the very next afternoon and it ended up that he didn’t have much time to finish them all. And yes! The boss was really pissed off. Good for him.

Lunch break could be a mind-numbing activity lately as I have a new companion who loves to talk about nothing else but work and fish. It’d either be about my-job-is-worse-than-you-and-you-wouldn’t-understand-how-shitty-my-job-is-since-no-matter-how-bad-thing-is-for-you-mine-would-still-be-the-worst or I-have-the-most-fish-compared to others.
GADIS JALAN BURMAH


Review will be posted soon!