forgive me my fellow malays for i have dishonored our malay..corteous malay 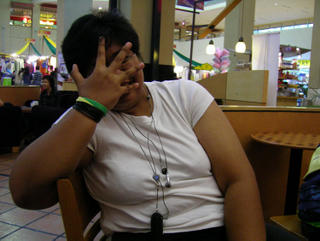 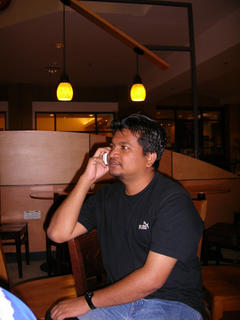 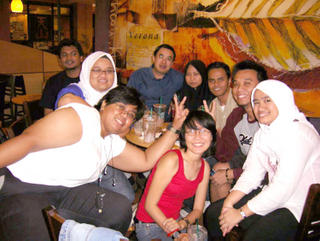 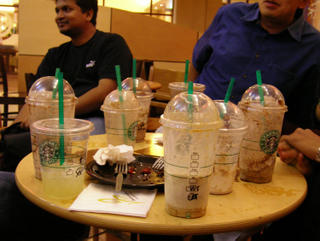 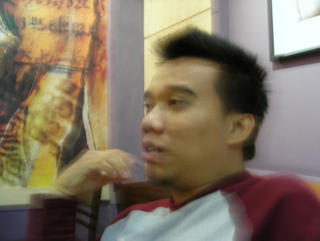 When I said that it was going to be a strange day, it did eventually turned from strange to horrific. What was the outcome? I had put my job in line, simply because I lost my temper. One thing about me is that when I get angry it means that I really am angry. I suppose that’s the problem when one can hardly get angry. So when I get angry it’d be awful.

I got so pissed off that I had showed the finger to a person without ever realizing that the witch saw me doing it. As a result, I had been warned that the witch would only need to tell the VP about my behavior to send me out the door. By learning this fact, I have lost the excitement to do my work let alone to drag myself ou of bed.

What makes me feel more aggravated is that the witch is so untouchable that we all need to succumb to all the hardships that we have to endure every time we need to get the VP’s approvals and other things that she handles too. I believe that it’s so pathetic that we can’t find any solutions to all the problems that arise each time we get into trouble with the witch. I was advised to be low profile and not to show my protest towards her openly. Man, after all the insults and difficulties that I went through the least that I want to do is to keep my mouth shut.

I desperately trying not to complain or causing any trouble at all. Alas, the things that I want to hinder the most had happened. I came back late from work yesterday since I had to arrange the traveling for a couple of guys. I could have settled the arrangements in less than 4 hours if it was not for the witch and her boss who had made things difficult. Just thinking about the time and energy wasted on these all made me feel like throwing up.

To stir things up, the witch had also labeled me as very bad Malay for showing her the finger. Racist? Indeed. In the al-quran it is said that races were created so that we could learn from each other. There are no races better than the other; basically we all are much the same regardless of your skin colors or languages. I must confess that in my mind I try not to judge people based on their race but rather on their individualities. So what do I felt when I found out about the label that she put on me? I felt pity to her children because they have a mother who is so racist and evil at the same time. If I were to be her child, I might have slit my throat and let my blood flows on her new carpet. LOL.

I slept the whole day and night, because of the emotional drained. Pray that it’d be sunnier on Monday.

It's all about Ricky Martin! 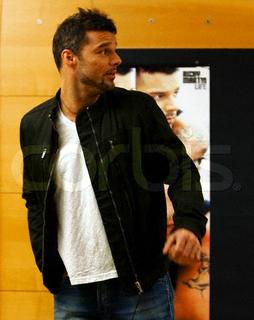 I had 8 hours of sleep last night. I had very strange dreams, which really was terrifying. My day started strangely this morning and I guess it’s going to be a very strange day indeed.

The good news is Ricky Martin is out with his new album. What’s so good about it? Well, I’m sick and tired to listen to his old songs that have been on air like forever. With a bit of luck, I hope this album will have catchier tunes and brainy lyrics. To be honest, I don’t really care about Ricky Martin. I just want to write something about him since his video clip is on MTV as I updating the blog. LOL.

A horrific incident happened to me yesterday. It all started with me asking for my documents that needed to be approved from one of the directors, which I shall, named as MJ. Well, the incident actually happened between his assistant, the Witch and I.

I went to ask about the status of my documents from the Witch for the 3rd times in 6 hours. Three is not a lucky number for me. On the third time that I went to see her, I knew that she’d be really pissed off to see me.

Kekure : Have MJ signed up the documents yet?

Witch : Can’t you see that his door is closed?He’s having a meeting and he refused to sign? How many times do I have to tell you? (Yelling her lungs out)

You know this type of person who has worked at one place for a very long time and they feel like they have all the rights and powers to do as they wish? The witch is definitely one of them. When she was yelling at me, I suddenly felt pity for her. Deep down inside she must have been a recluse. I suppose, she should find the right person to show her what it feels like to be having fun. The only funs that she might have are either while gossiping or bullying others.

Too pissed off to be working today 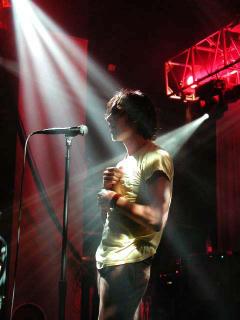 Everybody says that their looking for a shelter,
got a lot to give but I don't know how to help her,
I should just let it go till they learn how to grow,
and how to liberate.

Everybody says that she's looking for a shelter,
got a lot to give but I don't know how I felt her,
they should just let it go till these cities learn to grow,
and how to liberate.

Silence is easy,
it just becomes me,
you don't even know me,
all lie about me.

Silence is easy,
it just becomes me,
you don't even know me,
why lie about me.

Silence is easy,
it just becomes me,
you don't even know me,
why do you hate me.

edited at 12.30pm
Today is definitely the day where I should be idle 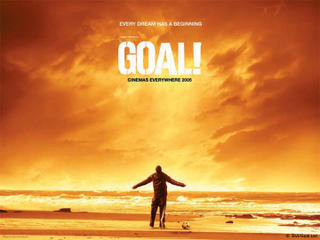 You get to see Becks for 20secs, Zizou and Raul for 25 secs and Alan Shearer for 2 minutes. Is it worth it?For me Yes!Coz i got to see the Reds lost to the Magpies.Luckily United was not the one being trashed in the movie.It was the Reds,which IMHO suited them just fine!LOL 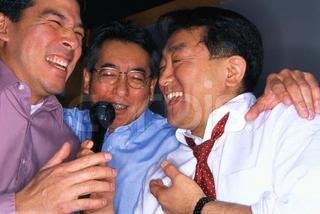 Sing along with me!

Had a hell of a weekend.

It was great to be home, as always. But when we broke the fast, everybody suddenly went into the still mode. Tuk Wan tried hard to hold back his tears while everybody ate silently. It was terrible just to think of it. Last year, while we had our meal, abah would be sitting on his lazy chair, holding Aliff Najmi while chit chatting with us while we had our meals. This year, Tuk Wan replaced him and staring at the empty space.

Kak Chik said to me, it’s such a pity that Aliff and Gebob’s unborn child have not the chance to know abah. She was sad as she felt that she only had a brief moment with abah. I asked my fave someone the other day about his loss. My fave someone said he wouldn’t change anything if he had been given the chance to do so. I for once had to agree with him.

Met a long lost friend and we tried to make up for all those times that we have lost. The best part would be the karaoke session. Thanks to the Japanese who had invented the karaoke machine! I don’t know why, but I always go for a karaoke during the fasting month. What’s with Ramadan and the karaoke? LOL

My fave someone who always anticipates with the idea of spending quality time at the karaoke sang his songs with gusto. It’s always remarkable to see him in that mode since he is usually pokerfaced. The transformation of his mode is always stimulating. The best bit was when Oat had chosen the wrong song and neither of us had any ideas on how to sing the song. As always, we made out our own tunes. Looking at the way we karaoke that night, we could have been chosen as the customers from hell.

It’s odd how people come and go in my life while it could be exhilarating at times just to think of it.

Hectic, but fun. Late for work as usual. Today, I was rushing to work and burnt my scarf while ironing. It was the second scarf in less than a week. Such a tragic! Sigh! I need to buy myself two alarm clocks, I suppose. Anybody wants to buy them for me? LOL


What are you reading?

Highly recommended especially to those who don’t like this type of book like me. Will review more when I’m done, which could means in another 3 months. LOL.